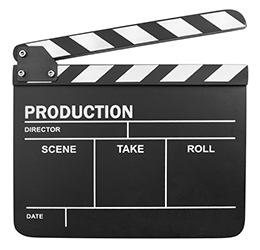 Learn how to combine live action and animation techniques to take advantage of the strengths of each in the same video.

Live action and animation video techniques don’t have to be strangers.  Both have their strengths and weaknesses, but combining them, as you will see in some B2B examples below, can be very powerful.  No wonder research firm Ascend2, in their benchmark study on Video Marketing Strategy, found that 43 percent of marketers felt that video was growing more effective.

I know what you’re thinking.  Sure, people watch a lot of movies, serials, music videos and sports (and read a lot less newspapers and books) but that won’t translate to B2B content marketing.

That is the trillion-dollar question, isn’t it?

If your business customers behave one way in their personal life, should you ask them to change that behavior in order to buy your products or services?  I don’t think so.

Adapt your approach to their behavior.

With that in mind, let me share a few thoughts from Luke Thorpe and Brent Knauff, two guys I worked with at MarketingSherpa.  Luke and Brent produced numerous HD webinars for MarketingSherpa and MarketingExperiments, video-recorded the Sherpa summits, did media centers at the DMA and other third party events, recorded hundreds of hours of training on digital marketing, and did many video case studies.

They started with a simple explanation of the strengths and limitations of live action and animation.

Make the Complex Understandable with Animation

In this two-minute video, Lattice Engines uses animation to tell a story about the problems marketers face and the idea behind predictive analytics, a relatively new and largely unknown (and very exciting) capability for B2B marketers. At the 48 second mark, Lattice introduces a tip-of-the-iceberg metaphor to help potential buyers see how little data goes into traditional lead scoring models.  It’s a powerful point and the animation after that brings out some clear, reasonable benefits. No wonder the company received $64.7M in venture funding.

According to research firm, Ascend2, in their Video Marketing Strategy benchmark study, 51 percent of marketers cite customer testimonials as the most effective form of video.  No wonder. We’re all skeptics now.  Nowhere is that more true than for those trying to market emerging technologies. There have obviously been one too many hyperbolic claims, and way too many buyers have gotten burned.  To address this problem, Mintigo, another predictive analytics software platform, uses a montage of customers talking about what they like about the platform.  Each customer snippet is about seven to ten seconds, and yet it never feels rushed. In fact, in our multitasking world, we like the rapid change in point of view.

To get a feel for how fast things change in video, watch some commercials on a network TV channel. Turn the sound down and watch from far enough away that you can’t really see any of the detail.  In most cases, you’ll see the camera angle change very rapidly.  In fact, filmmakers have discovered that that rapid panning excites the amygdala (part of the limbic system in your brain), which releases dopamine. Advertisers, in contrast, slow down panning because doing so improves cognition.  So what an advertiser does differs from what a filmmaker does in this same area.

In four minutes, Mintigo features their CEO and CTO, plus a variety of people, multiple times each, from customer accounts at Oracle, Getty Images, Workfront, Insight, SolarWinds, Revana, and Vantiv.  The production value is high because this piece should have a long shelf-life and because of its likely impact on converting opportunities to customers.  This is a great deep-in-the-funnel piece of content.

Build Your Reputation with Live Action

Randy Fishkin, the founder of Moz, the SEO tools company, has been doing a series for years called “Whiteboard Fridays.”  The concept is super simple.  Randy (or someone else from Moz) will get in front of an actual, old-fashioned whiteboard, with stuff already drawn or written on it, and simply talk, using the information on the whiteboard as a reference.  These videos are rarely more than 10 minutes long and are invariably packed with insight. The folks at Moz are clearly smart, so I’m sure they’ve talked about animating the whiteboards, but part of the appeal here is the intimacy.  It’s like you're getting a personal session.  And it’s always informative. I’ll bet a LOT of SEO experts watch these videos and tell anyone who is starting out in SEO to do the same.  It’s a great example of top-of-the-funnel awareness/brand/reputation building.  It’s ungated.  This one is about creating killer content using keyword maps.

LinkedIn uses both animation and live action to dramatize a story we’ve all (I hope) experienced: going on a job interview.  The entire video is just one minute and 29 seconds long.  LinkedIn uses animation to show a text exchange six seconds into the video, and then another animation at the 19 second mark to show the power of relationships, the heart of the LinkedIn value proposition. Oh yeah, the video got 3,757,281 views.  I’m guessing it worked.

Tell a Love Story and Demo Your Product

In just a minute and 20 seconds, SurveyMonkey uses live action of a grade school girl sending a paper survey to a boy, asking if he likes her, the sort of thing we all did on Valentine’s Day years ago.  SurveyMonkey then draws a parallel to voting in an election to stress how important this activity is.  Finally, all within the first 20 seconds, the video lays out some of the common problems with older approaches to surveying people. The video uses simple animation 41 seconds in to explain product features and then alternates with screen shots and animation to get into various features. No wonder there were 2,506,267 views on YouTube.

Writers of the World, Unite!

Well, I’m not a big fan of the Communist Manifesto by Karl Marx (and his rally cry, “Workers of the world, unite!), but I do think Marx had a gift for language.  Video is the future.  And video needs script writers.  It needs story tellers extraordinaire.  And so I asked Luke and Brent to help me make the transition to live action and animation.  (I asked if they could make me look more handsome, but, alas, they lacked such gifts.)  Let me know what you think.

P.S. If you’d like help setting up your own in-house video capabilities, get in touch and I’ll share some practical ideas for getting started, given your situation.

To create the best story, you need to know the steps in the journey - whether you use PipeAlign or not. Get in touch with us and we’ll freely share what you can do to create a memorable story that helps you win. And if you’d like help in some other area, just let us know.

PipeAlign helped Avaya build a billion-dollar pipeline in 20 months. Perhaps we can help you, too. Reach out today.

*We won’t sell your email address or spam you, but we will care about you as a person.

Thank you!
We'll be in touch shortly!
Uh oh! Something went wrong while submitting the form. Please try again.